Showing posts from January, 2018
Show all

Have you come to destroy us? 4th Sunday OT 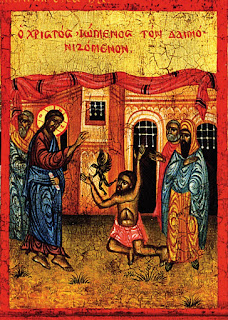 Reading the Gospels, people generally have a tough time recognizing Jesus as the Son of God. Even the Apostles take a long time to get it through their heads. For some others no miracle is enough: they can watch a dead man rise and still not believe in Him. But you know who always recognizes Him, immediately? Demons. In this story and in others, it’s the demons who actually best understand what they’re dealing with. They hate Jesus, but that’s because they understand who He is, better than the humans in the story. “I know who you are - the holy one of God!” Evil is quicker to react to God’s presence than lukewarmness or curiosity, because evil sees the threat He poses. It knows that when Jesus shows up on the scene, one of them has to lose… and it won’t be Jesus. So we get this open conflict, this resistance. Now I am not, so far as I am aware, currently possessed by a demon. But this resistance... I have to say it's something I can relate to all too well. Can you? Is there s
Post a Comment
Read more

Laughter at the March for Life: 3rd Sunday OT 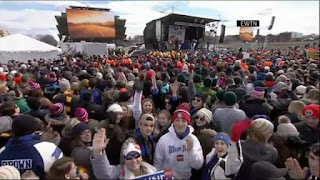 May I quote the opening of a Weekly Standard piece from today? “Considering they were protesting what they call “the greatest human rights violation of our time,” the crowd that gathered on the National Mall Friday morning for the March for Life was oddly upbeat. Church and school groups who had traveled across the country to show their opposition to 45 years of legal abortion in America chatted and laughed, enjoying the mild January sunshine. Teens toting “Defend Life” signs snapped pictures of one another mid-jump, with the Capitol Building in the background.” I haven’t been able to attend the March for a while, but I know exactly what that journalist means by “oddly upbeat.” I kept having these moments of self-awareness like “I’m here to protest something unspeakably sad… why am I smiling? Why are we singing? Why is this kind of a blast?” Shouldn’t the gathering of a hundred thousand people to protest what they believe to be the killing of sixty million innocent lives be the m
Post a Comment
Read more

January 14, 2018
The story of God calling Samuel has a troubling side and an encouraging side. On one hand, it’s a dark time for God’s people. There are a number of problems, one of the biggest being bad priests. That is heartbreakingly relevant; there was another disgrace this week. It hurts. No explanation or theology is going to make it not hurt. But if we’re students of the Bible, we’ll learn from Samuel as from so many others that God has ways of working around sin. Sometimes the medicine is hard, though. In Samuel’s time there is devastation and wrath. Eli and his sons will be dead in the next few verses. Israel’s enemies will swarm over her and crush her. Worst of all, the Ark of the Covenant will be lost, carried away by the Philistines. Remember what the Ark was to them: it was God’s dwelling in their midst. It was where they looked for holiness and assurance. With that stripped away, they seemed forsaken and abandoned — not just sinful, but having lost even the hope and principle of renewal
Post a Comment
Read more 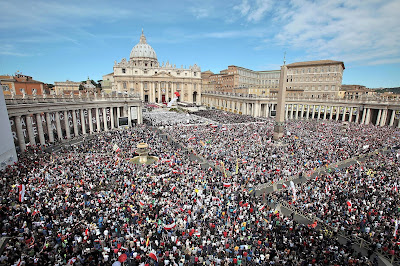 The story of the wise men from the East is a story about coming to meet Jesus. That’s going to make it a very interesting story, if you agree with me that coming to meet Jesus is the most important thing — and the best thing — that can possibly happen to a human being. The Biblical details are sparse. We know that magi, usually translated ‘wise men’, followed a star to where Jesus was. They brought Gold, Frankincense, and Myrrh. They arrived via King Herod but chose to avoid him on the return journey. There’s a reason that this first reading from Isaiah 60 is paired with the story of the Magi; Israel always knew that their mission was to reveal God to everyone. They were the chosen people, but they weren’t chosen only for their own sake. Their purpose and mission was to reveal God to the rest of the nations. Isaiah dreams of that mission being fulfilled. He dreams of all the nations streaming toward Jerusalem to worship the God of Israel. If you look at the Church of Jesus Christ
Post a Comment
Read more
More posts