Showing posts from December, 2017
Show all

Last year a 6th grade student in Belleville wrote a Christmas Prayer. It was shared in the Christmas mailing from the Poor Clares' convent. It has totally charmed me and I’d like to let Caroline be the giver of our Christmas message today. Here’s the prayer: O Jesus, Emmanuel O King of Kings, O Messiah, O Savior, O Prince of Peace, O Lord of Lords, O Baby Jesus, Happy Birthday and have mercy on me. Please bless me. Please save me. Please show me the way. Lead me to Your Heart, And that’s where I’ll stay. Amen.
Post a Comment
Read more 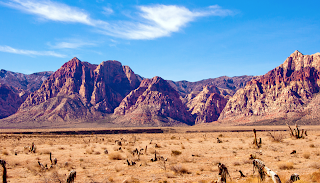 Out on a hike at camp with a friend a few weeks ago, we found ourselves following along the base of a short bluff running vaguely east-to-west. We knew we needed to go north up over the bluff, but it was just a short little rise and it seemed like it wouldn’t go very far. Well, I think we found the longest shortest bluff in the Shawnee. It just didn’t end! And then it started forcing us south. Isaiah is thinking of experiences like that, but on a bigger scale. “Prepare in the desert a way for the Lord… make straight in the wasteland a highway for our God. Every valley shall be filled; every mountain brought low.” This is God journeying - and where is it God wants to come? That’s rather an odd question, if you think about it. We call God omnipresent, because He’s God; there’s nowhere He isn’t, is there? Well, there’s one place He might not be, once He’s given us free will. He might not be in us. “Behold,” He says, “I stand at the door and knock.” That’s about as aggressive as He gets.
Post a Comment
Read more
More posts