September 08, 2019
I won’t ask for a show of hands of who’s recently read the Book of Philemon. It’s probably competing with Jude for least-quoted book of the New Testament. And when you first look at it, it’s kind of a head-scratcher, and you might be inclined to say “well this is fine but I think I’ll go read Colossians again.” But Scripture cannot be set aside, and God promised that His Word would not return to Him without bearing fruit. So what’s the deal with Philemon?

It’s a personal letter from Paul to Philemon, and there’s one more person whom it’s all about: Onesimus, who is Philemon’s slave. Paul’s purpose in the letter is to ask Philemon to free Onesimus.

So the drama here is within Philemon and the decision he has to make. He’s come to a moment when being a disciple of Jesus means something about his life has to change; it means he has to lose something. His relationship with Onesimus — a relationship that is exploitative and ungodly — is suddenly seen for what it is in the light of the Gospel.

To follow Jesus will upend this relationship and transform it, in a way that costs Philemon greatly but returns to him even more. What does freeing Onesimus cost him? His service, his reliability, all the social and economic advantages that have made slavery a constant across human civilizations. Paul is telling Philemon that the path of following Jesus means he has to pay that price, he has to lose that disordered relationship. And what will Philemon receive back? He’ll be able to receive Onesimus as Paul already receives him, as a brother in Jesus Christ. If he will lose the slave, he will win the brother.

Paul has a decision of his own here, about how to handle this. Paul is being a wise pastor here, a wise spiritual father. He thinks Philemon is ready to make this choice. Paul has the authority and carries enough weight to just force him to do the right thing, and maybe in another circumstance he would. Sometimes a father says “this is the right thing to do and you’re going to do it because I say so.” But sometimes a father says “I’ve taught you right from wrong, I’m hoping you’ll make the right decision, but it’s going to be your decision.” And then he steps back and hopes. Paul sees Philemon as someone who is ready to do the right thing. He wants Onesimus to have the blessing of freedom, and he wants Philemon to have blessing of having freely choosing the path of Christ.

But Paul writes as though he expects this to be a struggle for Philemon, a battle. Philemon is already a Christian; Paul addresses him as a brother in the Church. Now he has to decide just how Christian he really wants to be, know what I mean? Now of course in the end there’s not really any such thing as partial Christianity… in the end, every single one of us will either be totally united to Jesus, or totally separated, according to our own choice… but between now and then, we have these decision points that lead one way or the other. We have these battles. Calling yourself a Christian is a declaration of war on Satan and all his works, a declaration of war against sin in your own heart and all that holds you back from being the Saint God made you to be, a declaration of war against everyone and everything that wants to be your Lord other than Jesus Christ.

And that battle metaphor is taken straight from the Gospel passage we just heard; let’s pivot now from Philemon to Luke 14. There’s a big difference between declaring war and actually fighting the battles, and that difference is highlighted in one of Jesus’ illustrations. He’s talking about discipleship, and He compares it to a king facing a battle. Before that king starts marching, isn’t he going to seek reconnaissance and intelligence, to try to get the measure of the opposing forces, to calculate whether he has a chance of victory? Jesus says being His disciple is like that.

He pairs this image with another similar one, this one about somebody building a tower. Just like there’s a big difference between declaring war and winning the battle, there’s a big difference between drawing up a blueprint and actually finishing construction. And you’d never jump into a project like that, Jesus points out, without doing some serious calculations about your resources to honestly ask yourself if you can finish what you’ve started. These two images — the king facing a battle, the builder facing a tower — they are both about making sure at the beginning that you can see it through. They are about counting the cost and honestly asking whether you’re going to be able to finish what you started.

And what’s the cost? Following Jesus means putting Him first, and that means first. And in case there’s any danger that we’ll miss just how radical and challenging this is, He gives us the most shocking example. He says you can’t be His disciple without loving Him above father and mother and brother and sister and child. He will never ask you to love them less; He does ask you to love Him more. And He says, “Whoever does not take up his Cross and follow Me cannot be My disciple.” Let those words sink in in the context of reading the Passion or praying the Stations of the Cross.

It’s a bracing message to this big crowd of people. Looking at a big crowd of potential disciples, ‘seekers’ we might call them, He doesn’t say, “Awesome, welcome aboard everybody, now go about your lives and just try a little harder to be nice people, and you’re golden.” He doesn’t tell them “No worries, this’ll be easy, I’ll do all the redemptive suffering and you just do you until you die and then you’ll go to Heaven.” What He says sounds more like “Not so fast.” Are you sure? Are you sure you want to be a Christian? You can talk a big declaration of war, but can you fight the good fight? You can draw up a tall shiny tower, but can you actually place the stones? Can you finish what you start? 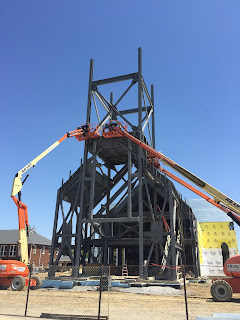 I hear this question as a challenge from Jesus today, and I hope you will too. If you call yourself a disciple, can you finish what you started? Can you win that battle, can you build that tower? Do you have the resources to see it through?

Philemon had to decide if he was willing to take discipleship all the way. We all come to those points. Maybe we’ve called ourselves Christians our whole lives, or much of our lives, without paying much of a price. Then the day comes when there is a price… to follow a vocation, to fight an addiction, to keep a vow… some kind of price that feels like crucifixion. And that’s when a lot of people walk away leaving a sad pathetic stump of a tower, when they leave a white flag on the ground as they run away from the fight. When you come to those moments, or if you’re in one right now, fix your eyes on Jesus Christ and let His strength and courage pour into you. You can do it. You can fight. You can build higher. You can do all things in Christ Who is your strength! Jesus can give you all the strength you need, if only you give Him your consent, your commitment, your ‘fiat.’ “Be it done unto me according to Your will.”

Say YES! Because here’s where we get Good News: Jesus will fight with you in your battles, He will be the true builder of the tower of your life. You do have what it takes, because you have His grace and His grace is sufficient for you. The only thing Christ won’t supply, the only thing He can’t supply, is your commitment. 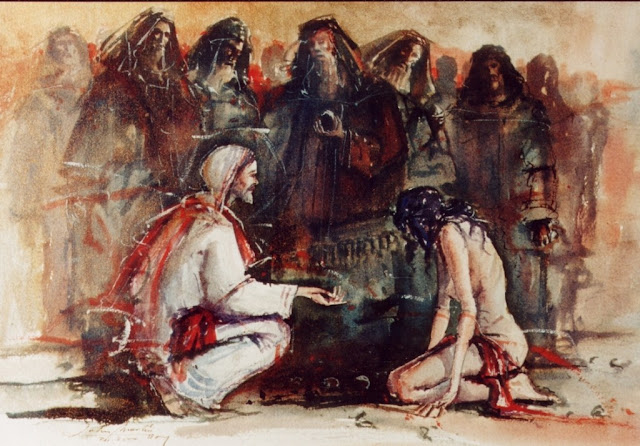 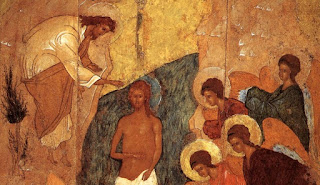