July 09, 2017
My friend Chris went to Lourdes with a pilgrimage group. Being a man of notable and apparent strength, Chris naturally ended up as the go-to pusher of a wheelchair for another pilgrim, a nun. He served happily, but Sister was a hefty woman and Lourdes is a hilly place. The moment came when she was pointing 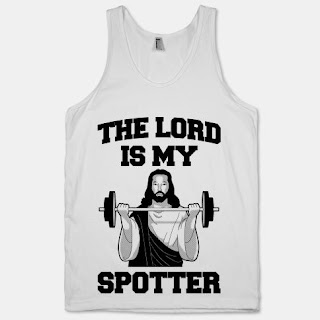 up at a church waaaaaay up a huge steep hill, and he was thinking, “there’s no way.” So he grabbed a few even younger guys, like high-school age, and had a little conference. He asked them, “I don’t want to make Sister feel self-conscious, but I’m really going to need some help getting her up there. You guys look like you’re in shape?” They said, yeah, they lift weights and spot each other all the time. He said, “great, we’ll do it like that. When I give you the signal, just help me out, just like in the gym.” So up the hill they started. He did pretty well. Got most of the way. Then, starting to give out, he silently mouthed to the guys, “help!” And they nodded enthusiastically, and got on each side of him, and started shouting into his ears: “Come on! Push! You can do it! You’ve got this!” All the way up the hill.

Which wasn’t exactly what he’d had in mind. But I thought about that story in relation to our Gospel. I wonder how often we think of God that way. Like we’re trying to push through, and bear our load, and God’s just sort of shouting at us — lovingly, of course — to try harder.

After all, Jesus is talking about yokes and burdens. This is a metaphor in which we are farm animals, like some poor ox straining against a load. Some image for Jesus to give us, huh? 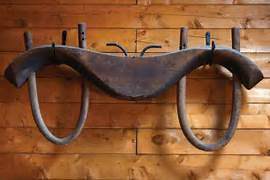 But let's keep thinking it through: what is a yoke, exactly? It’s the crosspiece that fits over the necks of a team - usually a pair - of animals. A yoke is what you use to allow two animals to pull the same one load. It’s rigid and unbending, so that both animals stay right together regardless of how much either pulls. One can be stronger than the other; because they are yoked, each contributes whatever it contributes and the plow moves forward. The entire purpose of the yoke is to allow two animals to share a load, and to combine their strength.

Now let that sink in when you hear Jesus inviting you to take his yoke upon you.

We already know that just not being alone makes so much difference. Even just telling someone what you’re going through makes it somehow easier. Bearing a burden is so much harder when it’s secret. You tell someone about it, and even if there’s nothing they can really do to help, somehow it does help just that someone knows, that you’ve told someone.

How much more of a blessing is it when they can actually share the burden? It’s the only way we’re going to get through life. None of us are always enough all of the time. We use the phrase “pulling our weight,” and it’s a good thing, something we should strive for in all circumstances, but what about when we can’t? We need others to say, “I’ll pick up the slack… and tomorrow, or some other day, when I’m not at my best, you can pick it up for me.”

Read the Gospels and you won’t find Jesus sending anybody out on mission alone. It just doesn’t happen. Whether for huge missions like evangelizing a town, or little ones like getting supper prepared, he sends people together. And he set the example himself, didn’t he, when almost the first thing he did launching his ministry was to gather some teammates? And even at the last — even in the final work of atonement that only he could accomplish — even there he let Simon of Cyrene share his load.

So if you think you’re tougher and stronger than Jesus, then go ahead and try to do it alone.

Getting yoked up with others makes more difference than anyone could express. You just can’t overstate the importance of having another person to share a load. But what about looking over when you’re struggling, and seeing Jesus himself yoked up right next to you? For heaven’s sake, what couldn’t we do?

It’s natural to think in terms of doing things for God. God has called us to something, given us commandments, we do things for God. And this can be an incredible source of strength. You can find strength and motivation and determination that you couldn’t ever find otherwise, if you remember, “I’m doing this for Jesus.” When nothing else makes sense, you can think “do it for Jesus,” and find the strength for one more step.

But even that strength has limits. Isn’t most of the Bible a story of people failing to do things for God? We get it right sometimes, but generation after generation we break the covenant and fail to keep the Commandments in even the most basic ways. From Eden right up until today, God asks us to do things for him, and we miss the mark.

You can see the Incarnation as God stepping into the mix himself, saying “alright, let’s do this together.” We often think of our salvation as something Jesus does for us, and that’s true. But remember: he doesn’t do it without us. Remember Simon. He lets us help. Between what we accomplish and what he accomplishes, there is no proportion. He is God. We are creatures. But like Mom let us help in her garden when we were little, our heavenly Father lets us help in his. Not because he needs the help. Not because we’re particularly good at it. In fact, we’re much more likely to mess things up. No, it’s because we’re his, and he loves us. And when we made a wreck of his garden, he didn’t respond by saying “go to your room, I’ll do it myself, now I have to fix your mess.” He responded by saying, “alright, let’s do this together, we can set this right.” The grace, the strength, the power… it’s all his. But he doesn’t do it without us.

He strapped in to the yoke next to us. He took our flesh. He walked our walk, lived our life, died our death… and he feeds us still today with Himself, body and blood, soul and divinity, in the Eucharist.

That’s the big story of salvation. Now: make it personal. Whatever in your life is just not working, is stuck, or slipping, or just seems too hard… too hard to honor my vow, too hard to be sober and chaste, too hard to take the responsibilities of moral character, too hard to even just keep going in my life, whatever it is… when you’re thinking “I just can’t pull this load,” hear Jesus say to you, “we’ll do it together. Take my yoke upon you.”

A yoke is what allows two horses to pull a load together with combined strength, and it keeps them always together and side by side even if their strength is unequal. “Take my yoke upon you,” says Jesus, and that’s an offer you don’t want to refuse.

I can just imagine the Lord of Lords, when I’m running out of strength, ducking his shoulders under that yoke next to me, fastening the straps around him, nodding to me and saying, “let’s do this.” Maybe your burden is heavy. Make it his, and it will be lighter.