June 19, 2016
I had a long conversation the other day with a young lady, 14 years of age, a kid who lives far from here and spent the week at camp. The outlines of her story as a Catholic are depressingly familiar and devastatingly common: baptized, confirmed, not taken to Mass much otherwise, never really met Jesus Christ, never really believed much. But she loved coming to Camp and every summer, while there and for a few weeks afterward, she feels close to God and inclined to believe. She said she’d become convinced that she should draw closer to God, closer to the Church, because if there could be somewhere so beautiful with people so kind - if that kind of goodness could exist - there simply must be something behind it. 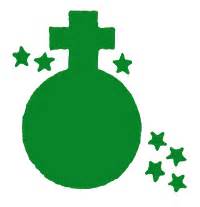 That, by the way, is why Camp exists, and though it certainly doesn’t have that effect on everyone, it’s pretty great to see it work so beautifully for someone.

Then the conversation took a sad turn as she talked about going home. She dreaded going home. When a kid says she's afraid to go home, that triggers certain responses, but even aside from that it's one of the saddest things you can hear come out of the mouth of a child. She had a panic attack two nights ago. It isn't a physically violent thing. She talked about how she doesn’t feel important, doesn’t feel accepted or like she really matters. She feels like just a constant disappointment.

Now, we probably shouldn't just assume that I got a fair and complete picture of her home life… but whether she’s being completely fair to her parents or not, that kind of talk only comes from a lot of pain. And she said one of the problems she had with God was she felt like He must be so disappointed with her because of things she’s done.

It was an especially vivid example of a spiritual truth I’ve seen over and over: people tend to imagine God in the image of their parents, especially their fathers or father figures. Her Dad is angry and disapproving, so God is angry and disapproving. Her time at camp has helped her catch a glimpse of the God who’s actually there, who delights in her as a the incredible beautiful daughter she is. I want to talk a bit about that kind of fatherhood, fatherhood that deserves the name. The kind of fatherhood St. Paul meant in our second reading when he called us children of God.

How far does a Father’s love go?  Far enough that it’s kind of a ridiculous question.  How long does it last?  Another unanswerable question.  On what does it depend?  On excellence of mind or body?  On moral character?  On what we deserve?  No, on none of these, on nothing at all.  It is quite simply unconditional.  It can not be forfeited.  I remember my Dad telling me that many times, telling me that I could make decisions that would force me out of his house, land me in jail, make a complete wreck of my life; but that nothing could ever make him stop loving me.  And I believed him absolutely.

Do you have a relationship with a God loves you like that?

I’ve listened with great wonder and happiness to friends who had become new fathers trying to describe it.  Trying to explain how astonished they were at their own hearts, how they never dreamed they could love anything this much.  How it consumes them and defines them, it changes everything.  Everything from how they drive to how they speak to their sudden interest in local politics and schools when a few months before they couldn’t have cared less.

What if God was that consumed by love for you?

A Father is a lawgiver, who sets limits and enforces them, whether or not you understand.  Imagine a 4-year old.  She’s been told many times not to touch the stove (I might have used this image before, it really works for me).  The commandment has been made, solemnly and sternly… “Thou shalt not!” And yet her curiosity, her temptation, and in a way even the fact that it’s forbidden, this causes her to reach out her hand.  And it turns out the commandment was given for good reason; she is now hurt, she is suffering needlessly and crying.  As her father runs in, does he wish to punish and condemn?  Of course not.  His child is hurting, his heart breaks for her.  He holds her and comforts her as best he can.  He can’t remove the consequences of her choice, and she may even bear scars for the rest of her life because of her choice.  But a father’s love, lawgiver though he is, finds only mercy and tenderness.  He shares her pain and helps her not to do it again.

When a father is working on some project, let’s say building a deck, and his son asks to help, the father may know very well that this project will take much longer with the involvement of a child.  Moreover, the end result will not be nearly so perfect, will have some rough edges and blemishes that he wouldn’t have left on his own.  But he gladly allows his child to help, and rejoices.

Doesn’t God’s great project of creation work just like that?

I’ve come to realize more and more how much I am my father’s son, how much I take after him.  From my enthusiasm for trains to my whole idea of what it means to be a good man... I am truly a man after my father’s heart.

What if our relationship to God were like that?

If a father could bear any pain to spare his child that pain, he would.  If protecting his child cost him his life, he wouldn’t think twice.  Actually, he wouldn’t even think once.  He would lay it down in an instant.  Without condition, without stipulation, without regret.

You know where I’m going with this.  The Scriptures tell us we are children of God.  For a moment, pretend that phrase isn’t so familiar and worn.  If we really believed it, really understood it, how completely our lives would be transformed!  When Jesus taught us to call God ‘Our Father’, wasn’t he really saying it all?

Whatever you may have imagined, that’s the God who’s there. And He’s always reaching out to you. The better you get to know Him, the more loved and accepted and encouraged you’ll be… and the more you’ll be able to show that to others. And when it comes to an end, you won’t be afraid to go home.