We heard last week from the start of John chapter 6, and that fantastic sign of the multiplication of loaves and fish, and I loved preaching on that story and love it as an image of our relationship with Christ. But the truth is, that was only the warm-up. That sign comes at the start of the chapter, and we’ll be hearing from it for five weeks total, and the multiplication of loaves is only the warm-up for what comes next. Because what’s coming next, as the sixth chapter of John continues, is that Jesus begins teaching about the Bread of Life.

The setting has changed. After the multiplication of loaves and fishes, Jesus crosses the lake but the lectionary skips ahead to this scene in Capernaum. People track Him down there and are surprised, asking “when did you get here?” And I’m not surprised they were confused because the answer is, He got across the lake by walking on water.

But Jesus doesn’t answer their question by explaining His unconventional travel options. Instead, He looks at their motives: “you are looking for me not because you saw signs but because you ate the loaves and were filled.” He’s saying they aren’t following Him out of real conversion and belief, but because He gave them bread. It’s not about being a real disciple, it’s about a free lunch. And that’s not really what He’s looking for. Jesus wants us to come not with hungry bellies but with hungry hearts.

We could ask the same question of ourselves, right here in this room right now. We’ve got a crowd here come to gather around Jesus. Why have you come? Why have I come? For me, if I hadn’t shown up here, I’d be in trouble of a very practical kind with you and the Bishop. I have to be here. Imagine how sad it would be if that was my only reason!

You don’t have to be here, in the sense that practical and worldly consequences will follow if you aren’t. But you do have to be here in a spiritual sense; and sometimes maybe that’s part of what brings you to Mass. You know and believe that you have a real obligation, as a Catholic, to worship God not just alone on your own terms but as a member of the Body of Christ, gathered around His Altar. That obligation is real, and meeting an obligation is a good thing. That reason isn’t a bad one, but of course you’d hope to have more reason for being here than mere obligation. Wouldn’t it be sad if you were here only out of obligation?

How about inertia? If you’ve been going to Mass for years and years, after a while there’s just a force of inertia — meaning that once something’s going, it tends to keep going. If you’ve been to Mass every weekend for basically ever, it’s not likely that you’re going to break that pattern. It’s a habit. Maybe you didn’t even make a conscious decision, like it’s not even a question you ask yourself, it’s just what you do. You don’t even consider not coming. Well, that’s a great habit to have! It’s not a bad reason, but again, you’d hope to have more reason for being here than mere habit.

Really, it’s hard to name a bad reason to be at Mass. Maybe you find it helps your week go better. Maybe you’re anxious to avoid the sin of skipping Mass without sufficient reason. Maybe you enjoy the company and the chance to see your neighbors and talk. Maybe you find the music or the message inspiring. Maybe there’s a particular intention you’re praying for. Maybe you’re hoping to take away some lesson that will make you a better person, or make your life better. Maybe in a way you can’t fully explain, it just feels good. It feels right.

Those reasons are all good! It’s just that… they aren’t quite good enough. Not by themselves. The crowd following Jesus weren’t wrong to seek more miracles, more worldly benefits, fuller stomachs and easier lives. But Jesus wants more for them. He wants them to want more for themselves.

We can back up to the second reading, where the Christians in Ephesus get the same kind of motivational challenge from Paul. He’s telling them, this is Eph 4:22-24, “that you should put away the old self of your former way of life, corrupted through deceitful desires, and be renewed in the spirit of your minds, and put on the new self, created in God’s way in righteousness and holiness of truth.”

Is that what you want? Is that what you’re looking for in your relationship with God, your religious life, your prayer, your coming to Mass, your trying to follow the Commandments?

I know for me, if I’m honest, a lot of the time I can be motivated by something more like the crowd around Jesus that day. I want people I love to be healthy. I want their illnesses healed. I want them to have success in careers. I want all kinds of things that will make my life, and the lives of people I love, a little less difficult. Those are all fine and good things to want, and they’re all ways I ask God to change the world around me.

We’ve all got long lists of how we want God to change the world around us, and those are good things to pray about. But God seems even more interested in changing me, and you. So I don’t know about you, but this is kind of a lifelong argument between me and Jesus. I keep wanting Him to change my circumstances, while He wants to change my heart.

If that’s you, too, we can relate to the crowd at Capernaum, and the Christians in Ephesus, and we can definitely relate to Israel in the desert. That was our first reading, they’re in the middle of this long, super difficult 40-year journey through the wilderness. Again and again, they ask God to change these circumstances, which in fairness, are rough. They see all the challenges of the wilderness as the problem. Anybody would. And they’re asking God constantly to change these circumstances, to fix their wilderness problems. In God’s eyes, though, the wilderness is not the problem. The problem is their hearts, and in God’s eyes… the wilderness is the cure.

God had already freed them from physical, external slavery — that job was done. They were no longer slaves on the outside. But real freedom, interior spiritual freedom, is so much harder, and it’s a longer process. God could’ve taken them by a short, easy route to the Promised Land… it wasn’t very far! But God’s main project wasn’t about getting them there. It was about who they would be when they got there.

The same is true for us. We want to skip to the Promised Land, the Kingdom of God where we want for nothing and there is no hunger or thirst or frustration or grief, where dreams never fail and hearts never break. Sounds good, that’s where I want to be. That’s where we all want to be. And like the Israelites, and like the Ephesians, and like the people gathered around Jesus for more bread,  our first prayer and desire might be for God to fix up our circumstances to be a little less wilderness and a little more Promised Land. But it isn’t just about getting to the Promised Land; it’s about who you are when you get there.

All of these readings involve the question of what we really want. The Israelites thinking maybe slavery wasn’t so bad after all, Paul talking about the ‘deceitful desires’ that keep up from becoming a new person in Christ, Jesus looking at a crowd that wants what He can do for them but maybe doesn’t want Him for Himself… it’s all about this question of what we’re really after. Why are you really here? What do you really want? 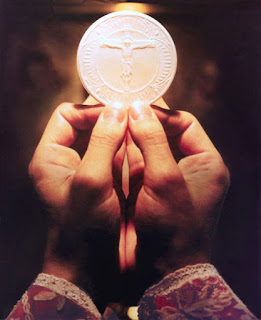 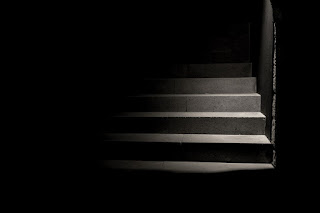